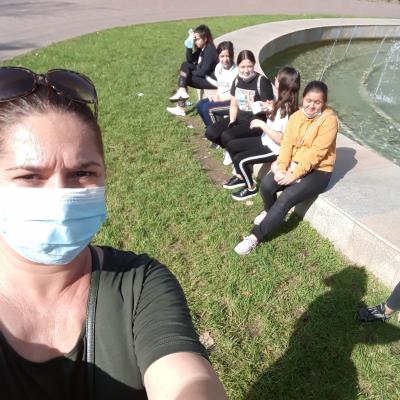 Romania has a temperate-continental climate of a transitional type, specific to Central Europe. The mean temperature in the winter period falls below – 3°C and in the summertime it ranges between 22°C and 24°C. The mean annual temperature is 11°C in the south of the country and 8°C in the north of the country (1). The annual average precipitation slightly decreases from west (over 600 mm/year in the Western Plain) to east (below 400 mm/year in the Danube Delta). The mean annual rainfal

Data over the period 1961-2007 in 94 meteo stations highlight significant changes in average seasonal temperature: about 2°C increase of average temperature during summer, winter and spring, and a slight trend of decrease of the average temperature in autumn (2). Similar results were shown for several temperature extremes such as maximum and minimum daily temperatures (7), and the number of summer days (8) for the period 1961–2010 (7) and 1961-2013 (8): significant increasing trends for all seasons, except for autumn, with the highest increasing rate in summer and the lowest in spring (7).

For the extra-Carpathians areas of Romania (eastern, southern and south-eastern regions) it was studied whether air temperatures have become more extreme during 1961–2010. Generally, it was found that the daily maximum temperature is getting more extreme, whereas the minimum is getting less extreme. The strongest increase was detected for hot related extremes such as the number of summer days and tropical nights as well as for maximum values of maximum and minimum daily temperatures (3).

The summer of 2012 was very hot and dry in South-East Europe; it was the hottest and third-driest on record in Serbia (5). For this part of South-East Europe (including parts of Northern Serbia and Southern Hungary, as well as smaller areas in Bosnia-Herzegovina, Croatia and Romania), the change of the likelihood of an extreme summer such as the one of 2012 between the decades of 1960-1970 and 2000-2010 was assessed. This was done by studying decade-long model simulations (general circulation model and an embedded dynamical regional climate model) and observations. From this study it was concluded that the magnitude and frequency of heat waves have increased considerably in South-Europe between the 1960s and the 2000s. In addition, indices combining temperature and precipitation to assess changes in dryness and heat stress risk have been analysed; these results also show an increase in return time, although the results are subject to uncertainties (6).

Both an index for winter wind chill and an index for summer thermal stress showed a significant upward trend over the entire country for the period 1962−2010 (except for some areas for winter wind chill), with a significant upward shift around the mid-1980s. The strong increase in the frequency of extremely high values for summer thermal stress indicates an increased risk to human health during summers in Romania since the mid-1980s. At the same time, however, the upward trend in winter wind chill indicates a decreased risk of human health during winters in Romania. These changes seem to be mainly a consequence of global warming (8).

Data over the period 1961-2007 in 94 meteo stations show a trend of decrease of the average amount of precipitation especially in summer and winter, and a trend of increase of the amount of precipitation in autumn (2). A significant increase in the frequency of very wet days and maximum daily amount during autumn in the period 1961–2010 was found by (7).

An increase of the maximum length of the periods without precipitation has been observed over the last decades in the south of the country in the winter and in the west in the summer. An increase of the number of days with more than 10 mm/day of precipitation (up to 4 days) has been observed in the north, especially in autumn (2). A significant increase in the maximum duration of dry spells during summer in the period 1961–2010 was found by (7).

The Carpathian Region and the Mediterranean area are the two European hotspots showing a drought frequency, duration, and severity increase in the past decades and in particular from 1990 onwards (11). When drought effects are exacerbated by heat waves or vice versa, such combination may cause devastating effects, as it happened in summer 2003 in Central Europe (12).

The winter season in Romania has changed substantially during 1961–2010. A statistical analysis was carried out of trends in daily snow depth, precipitation and temperature, using daily data from 105 meteorological stations in Romania for 49 winters (1961–2010) (4). The results show that the number of snowfall days decreased at 82% of these stations, suggesting a major change of the winter season; snowfalls are getting shorter and more intense. This is due to an increase in the number of days with temperature above 0°C at 63% of the locations, and a slight decrease in winter precipitation. 29% of the stations show decreasing trends in the number of days with snow coverage; at 18% of the stations the mean snow depth also shows decreasing trends. The snow pack at elevations above 500 mean average sea level is rather stable throughout the winter season.

A decrease of the average wind speed has been observed over the last decades, especially for the eastern side of the country and for the mountains (2).

For 2070-2099 the projected warming is stronger for all seasons but highest for summer (up to 4°C over the southern-southwestern regions) (2).

Precipitation changes in the 21st century

With respect to the impact of climate change on precipitation, model results differ from one model to another, even in the signal (increase or decrease) of the change of precipitation (1).

Clearly, the models that have been used have some limitations in simulating the current climate in Romania. This may be due in part to the relatively low resolution of the models, which limits their ability to simulate the complex topography such as that of Romania. Additionally, the models used were run assuming the changes only in the greenhouse gases concentrations. Some new developed GCMs showed that adding the sulfate aerosols in the greenhouse gases forcing result in a lower rate of average global warming in many mid-latitude areas of the globe compared with the case in which only the greenhouse gases concentrations were considered (1).

For the period 2090-2099, over 90% of the climate models forecast serious droughts during the summer in Romania, especially in the South and Southeast (with negative deviations compared to the period 1980-1990 higher than 20%). Other studies show an increase of winter precipitation in the Western and the North-Western parts of Romania of 30-40 mm during the period 2070-2099 as opposed to the period 1961-1990 (A2 and B2 scenarios) (2).

The references below are cited in full in a separate map 'References'. Please click here if you are looking for the full references for Romania. 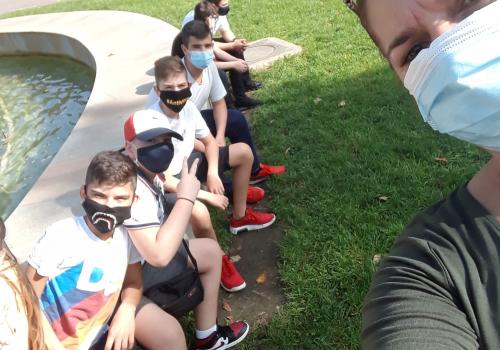