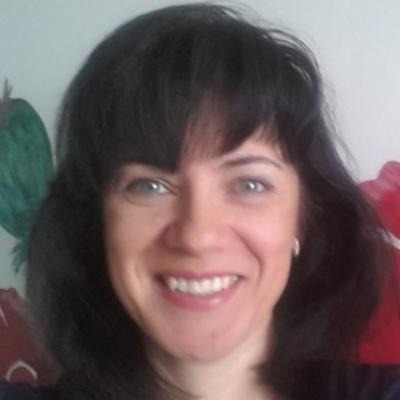 I am a Math and Computer science teacher In Primary School no 16 in Wrocław, Poland. I’m participants and founder of many eTwinning, iEARN and Edmodo projects related to Math, Science and Ecology. I am interested in climate change and problem of pollution. I participated in a few international projects about thouse problem (“Say No to Plastic Pollution” awared with European eTwinning prize , The World’s Largest Lesson, World Environment Day etc.). I try to involve and develop my student

I am a Math and Computer science teacher In Primary School no 16 in Wrocław, Poland. I’m participants and founder of many eTwinning, iEARN and Edmodo projects related to Math, Science and Ecology. I am interested in climate change and problem of pollution. I participated in a few international projects about thouse problem (“Say No to Plastic Pollution” awared with European eTwinning prize , The World’s Largest Lesson, World Environment Day etc.). I try to involve and develop my students’ interest in problems of protection of our planet. 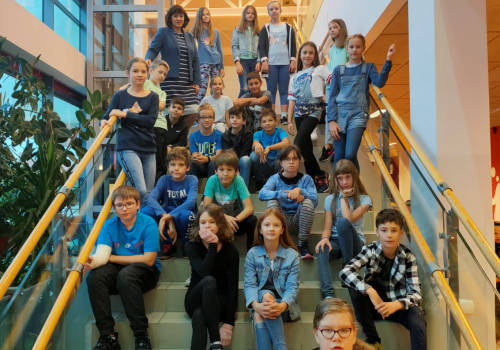 School: Primary School no 16 25 students are involved The average age of the students: 11-12 Year

The first week of our project was to look for threats to the climate of our planet. We started the classes by finding the differences between the terms "weather" and "climate". The students themselves tried to create definitions of both terms. They then compiled a list of threats to the climate in a shared text document in Google Drive. They also searched for the causes of climate change online. Here is our list:

Later students created collages to present threats to the climate.

We will continue our work next week.

Week 2 in Grade 6c in Primary School no 16 in Wrocław, Poland

This week we took a look at the longest list of climate change causes , created by all participants. We were working on finding effect of climate change. My students created a list of the effects of climate change, and then presented a few of them in their own collages. Students worked in small teams using the BeFunky application.

Students from Primary School no 16 in Wrocław, Poland, couldn’t plant any trees around our school so we decided to  plant 80 crocuses in the front of the school building. Each spring they will remind us to take care of our planet

Our class took part in 3 videoconferences with foreign schools: Delhi Public School in Gurgaon, Haryana state, India, "Teodor Murășanu" School in Turda, Romania and The Aga Khan Academy in Hyderabad, India. During the meetings, students briefly introduced their schools and cities, and then talked about their participation in the CLIMATE ACTION PROJECT. The children talked about the causes of climate change they noticed in their environment and the impact of these changes. They also presented proposals for actions that will help limit climate change and protect our planet. We had the opportunity to see photos of the work progress and talk about our culture, cuisine, and the most interesting places in our countries.
The students from grade 6c presented suggestions for potential solutions to climate change and environmental problems in simple comics. Participants paid special attention to the need to segregate rubbish and reduce coal burning. Works on garbage burning and water pollution were created. The children also saw the possibility of protecting the climate by cycling to school or using renewable energy.

This week we had an amazing meeting with students and teachers from The Aga Khan Academy in Hyderabad, India. We talked about the course of work in the project. We got to know the problems related to climate change of our partners in India and told about the changes we see in Poland. We talked about the effects and causes of changes and our ideas how to change this situation. Children have very practical ideas and notice what is disturbing around them. Thanks to the meeting at the zoom, we had the opportunity to learn about problems that also affect other continents. It's amazing how much information you can get through video conferencing. You can see some pictures from our meeting:

A lecture on wind turbines

Despite distance learning, we continue to participate in the project. This week we participated in a videoconference during which engineer Korneliusz Sierpowski, a researcher at the Wrocław University of Technology, told us about wind turbines. We got to know the types of turbines and their construction, and thanks to computer animations we saw how turbines work and how we obtain electricity thanks to them. The engineer conducted an experiment on a vision with a dryer and a wind meter. He showed us which locations are the best for building wind turbines, where there are the most of them in Poland and in which countries clean wind energy is used. Children asked questions to which Mr. Engineer patiently and comprehensively answered. People were asked how to protect the turbines against flying birds (white and red stripes are painted on the blades and deterrent systems are used, e.g. sounds with an appropriate frequency). There were questions about the durability of the "windmill" and whether it can also be used in cities. We already know that the turbine can be built at an appropriate distance from the buildings - at a distance of 10 times the height of its tower. We also saw the stages of building a turbine.
The lecture was very interesting, enriched with animations, films and even an experiment! Although we planned the meeting for about 30 minutes, thanks to the children's questions and answers, the classes lasted twice as long. Thanks to this, we know more about the method of producing clean energy.

A lecture on photovoltaics

On November 4, our class met with Eng. Korneliusz Sierpowski, scientist at the Faculty of Mechanical and Power Engineering at the Wrocław University of Technology. This time the topic of the meeting was PHOTOVOLTAICS, i.e. the use of solar energy.

The engineer presented the construction of the photovoltaic panel and the types of solar cells. We have learned two types of panels: common, with a slightly blue tint, based on silicon (rigid) and the newer so-called perovskites, which are in the form of thin translucent, flexible films. Perovskites are the technology of the future - they can be used to stick them on e.g. building windows, roofs, and cars.

We learned about the photovoltaic effect, how electricity is generated from solar radiation. Modules must be properly oriented to the Sun, they can be equipped with the so-called tracking systems. This is especially important on voltaic farms. Such farms are built in those places of the world that are most sunlit, i.e. located in near the equator. Currently, they are built, among others, in high mountain areas in China, Chile and Kenya. In the future, photovoltaic panels will also be mounted, for example, on umbrellas in restaurant gardens.

Photovoltaic cells are widely used, for example in water and sea transport they use them to drive the so-called engine. solar boats, the electricity supply of the International Space Station, are used by cars powered by panels, or the so-called pseudo-satellites - drones flying high in the atmosphere for up to 2 weeks without landing.

We have learned about the problems associated with the use of solar panels. As with wind turbines, energy storage is a problem. Work is underway on the construction of warehouses capable of storing enormous amounts of energy. The cells have a service life of 20-30 years, but the problem of recycling solar panels has not yet been resolved.

The lecture was enriched by animations, map presentations and demonstrations of simple devices that use voltaic panels, e.g. moving figures of a dancer or sumites. The meeting ended with numerous questions from students, incl. about the cost of cells, assembly time or profitability, permits for installation at houses, or an attempt to compare the amount of energy obtained thanks to wind turbines and solar panels, to which Mr. Cornelius patiently answered.